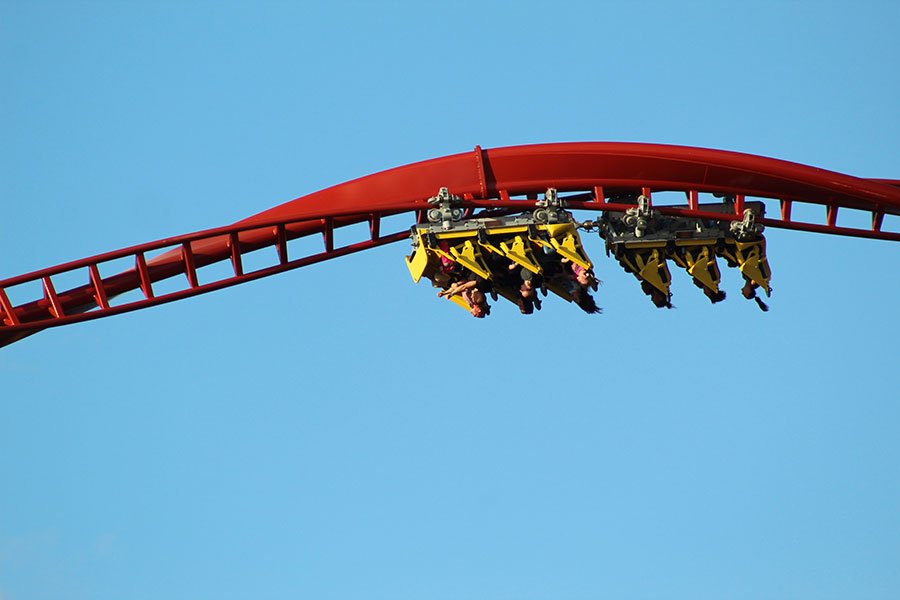 In my book “The art of optimal decision making,” I spend quite a bit of time talking about, and unwrapping, fear. All of those musings germinated with a true story which happened about 15 years ago.

My wife, and three daughters, ages 5, 9 and 12, were on our way down to Disneyworld, combining a business trip for me, and a fun trip for our family.

Boarding the plane, my youngest, Stephanie, was sitting between her two sisters, and Michelle and I were across the aisle. They were cozied up with iPads, stuffed animals, airplane snacks, blankets – the works.

As soon as the plane started taking off, however, poor little Steph started screaming at the top of her lungs, “We’re all going to die, we’re all going to die.” It would have been something out of a Saturday Night Live sketch, but the poor kid was scared to her core.

It was heartbreaking to watch.

She calmed down for the bulk of the flight, but then, became panicked again while landing.

I had six days for ARM (though I didn’t call it that then) to work some magic.

I came up with a strategy, which today resides in my forthcoming book. I was intent on teaching her how, at 5 years old, she can modify her relationship with fear.

We talked about a variety of things. I empathized, told her how brave she was, and asked her if I and her mom would ever take her to do something that was unsafe? She looked quizzical and said, “No.”

I said, “Well, we’re going to Disney and there’s tons of different rides. You don’t have to go on anything you don’t want to, but if you want a challenge, I’ll go with you, and we can say a secret phrase together.”

Her eyes widened with anticipation.

She repeated it. And for the rest of the evening, I saw her mouthing the words.

The next day in the park, we started on small rides. I kept building up her self-confidence (as did her mom and sisters), by telling her how proud we were of her. That she was safe no matter what and that she could be scared of something and do it anyway.

By day three she was going on larger and larger “scary” rides and developing a new relationship with fear. It was no longer something to avoid, but something to be tempted by. To challenge and overcome.

By the end of the trip, we couldn’t get her off of the more advanced rides. And the plane ride how was blissfully uneventful.

This evolution of ARM strategy pertaining to fear lead to my development of two concepts:

1. Fear can be divided into two, broad types: Functional and non-functional.
2. Decisional and non-decisional.

Functional fear, jumping out of the way of a speeding car, avoiding a barking dog, is something we must attend to, act on and respect. Non-functional fear, which makes up nearly all of our fear, is fear with no basis in reality – like flying.

The most enduring component of ARM is its durability. Once you read and understand the concepts, they change the way you think.

Steph applied the concept and applied it everywhere. And the best part was that her fear was replaced with pride and determination that she carries with her today.

It reminds me of a much more compelling story from a book called “On Killing” by Lt. Dave Grossman. It’s about a special forces young man who, before or during action, would occasionally urinate on himself. The young man was brave, and an excellent warrior. Yet his fear of urinating began to overwhelm him and reduce his effectiveness as a team member. He wasn’t afraid of getting killed or injured or doing the same to the enemy. He was afraid of urinating.

The solution was brilliantly simple. It was to redefine the event and fear. It went something like this, “Dude, you sometimes pee during a mission. No one cares. Get it done.” He redefined the event as no longer having any impact on him. He just happened to pee, sometimes, during combat.

There are hundreds of techniques we can use to reframe our relationship with fear to allow us if not to overcome it, then make it irrelevant and work around it.

And, most importantly, to reduce its negative impact on the quality of our lives.

Linkedin
Contact ARM and see what our team of Certified ARM Practitioners (CAPs) can do for your organization.

Learn how to build your own Flipchart of fundamental decision-making concepts to improve collaboration, communication, and effectiveness within your organization.

Get In Touch
Copyright 2021 ARM Alternative Response Method. All Rights Reserved.
Website Developed by Pithy Wordsmithery
Back To Top