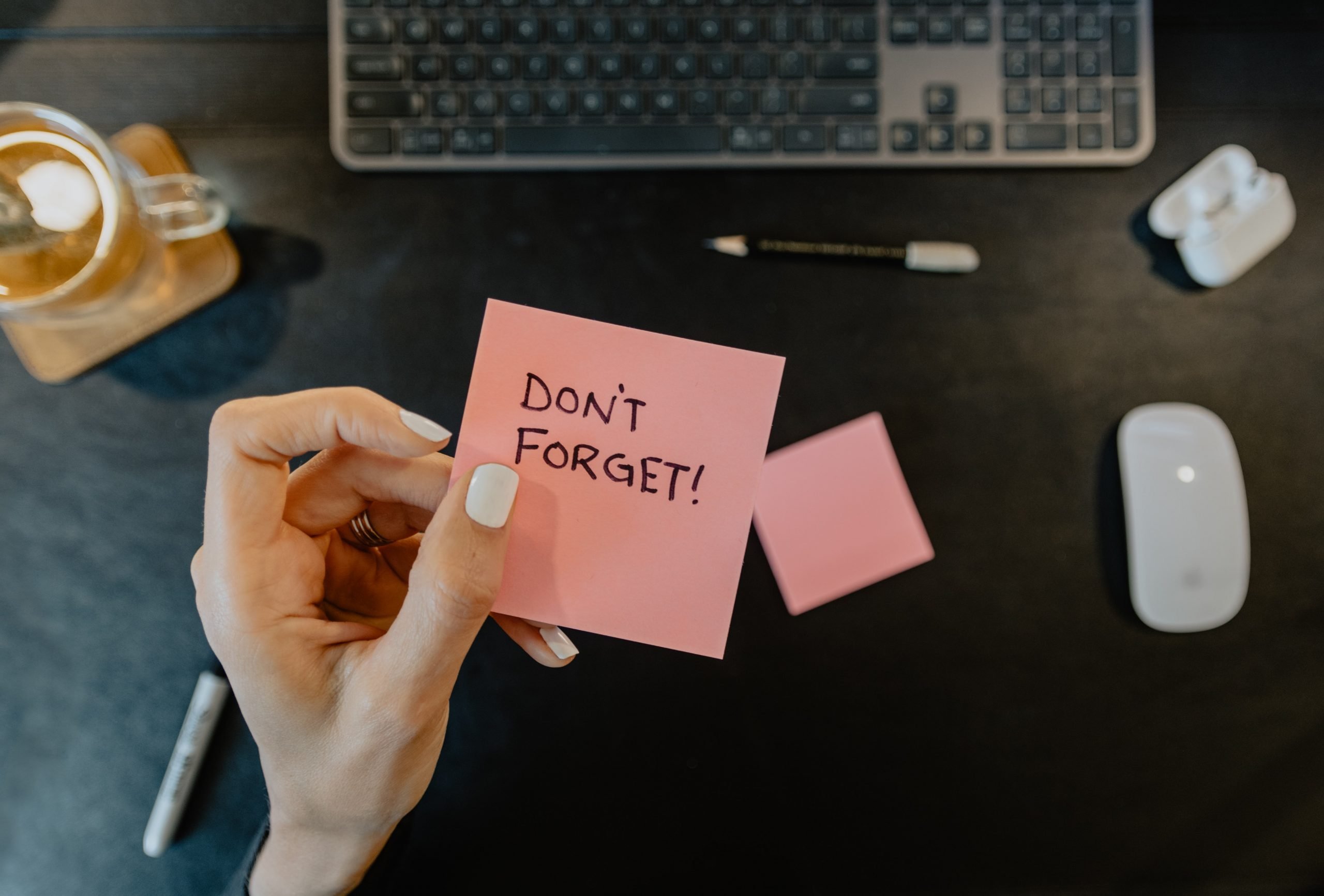 How many of you reading this blog either tend to be forgetful, or know someone who is?

Stop beating yourself up. It’s not your fault.

I happen to be the kind of person who is not typically forgetful, although I have my moments.

I apologized profusely and told her I would get there as quickly as possible.

The first thing I did was focus on not getting upset with myself.

Why? There was no value in getting upset. The mistake was made and in the past, and I now needed to focus on what was in my control to fix it.

So, I dressed and drove the 50 minutes to the venue, thinking about how to mitigate my mistake.

It turns out the FBI, who was speaking about drone threats, had generously offered to switch time slots with me, so naturally, I started my presentation as follows:

“Thank you all for taking the time to be here today. And I’m not quite sure how the FBI had confused their time slot but was happy to help by shifting mine around.” After the laughing stopped, I apologized and thanked the FBI for shifting slots.

A key component of The Alternative Respond Method (ARM) is moving from plan A to plan B as quickly and effortlessly as possible, without any of the emotional recriminations we so often foist upon ourselves.

If you make a mistake, own your mistake, rib the FBI, and move on.

Some of the smartest, most accomplished people I know or have read about tend to be forgetful. It is simply the way their brain is wired.

It doesn’t mean they are bad people, unintelligent, inconsiderate, or anything else. It simply means they have minds that work slightly differently than those of us who tend to not be forgetful.

I’ve read there might even be a correlation suggesting the more intelligent one is, the more likely they are to be forgetful.

I was out to lunch with my niece, a brilliant new nurse who is notoriously forgetful. To her credit, she doesn’t fret about it, but rather jokes about it (what else can one do?). She was amenable to me sharing my ARM thoughts with her.

I asked her if nurses had to have malpractice insurance, to which she replied yes, and that she had meant to sign up for it for months. She mentioned that, in fact, it would only take a few minutes from an app on her phone.

After pancakes, I offered that we do the application together, right then and there. Eight minutes later, she had malpractice insurance in place.

I also noticed that she had left her wallet on the table, between us, while we were talking. I suggested that she consciously decide that her wallet lives in only two or, at most, three places—her pocket, purse, or, when at home, her dresser, so that she might get into the habit of immediately putting her wallet back in one of those three places every time.

I provided alternative responses to my niece’s standard approaches. And luckily for you, if you tend to be a forgetful person, you can take a similar approach to adjusting your standard responses.

This brings me to flip charting—the framework within ARM that allows each one of us to be better than we are at anything we choose.

There are flip-charting tools for every circumstance. While they vary based on the behavior or challenge we’re trying to fix, who we are as individuals, and what our capacities are, the core tenant of flip charting remains the same. It offers a toolkit through which you can adjust your typical responses.

For more on flip charting, download this sample chapter from my book, The Art of Quality Decision-Making.

Linkedin
Contact ARM and see what our team of Certified ARM Practitioners (CAPs) can do for your organization.

Learn how to build your own flip chart of fundamental decision-making concepts to improve collaboration, communication, and effectiveness within your organization.

Get In Touch
Copyright 2022 ARM Alternative Response Method. All Rights Reserved.
Website Developed by Pithy Wordsmithery
Back To Top